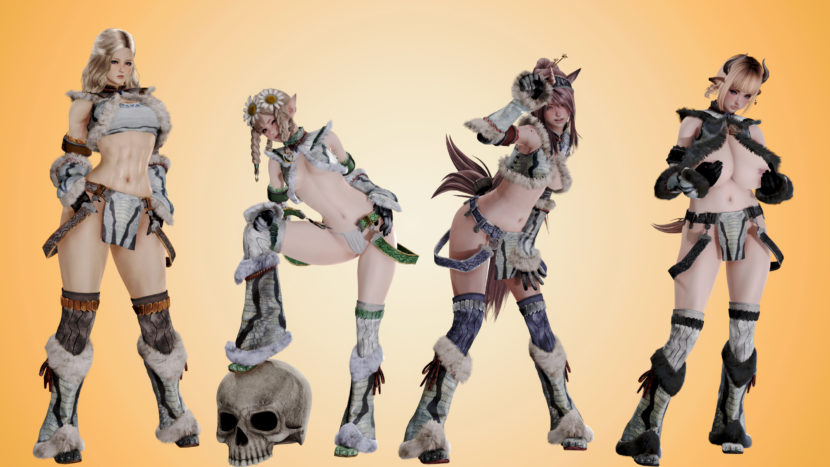 Here’s the Kirin armor, from Monster Hunter, as I’m told (always wanted to play the game, but never did).

The highlight is probably the use of the fur shader. We’ve got other modders like Dilldoe to thank for that. I cannot remember where I first got it from though, sadly. But it definitely brought this from ok to really nice.

The initial mesh was fractured to oblivion, but managed to eventually set it up nicely, and I didn’t seem to leave any “holes” in the end shapes. The belt is tied to the skirt bones, so it might bend a little weird at times, but it’s still better than it being static right? 😛

I broke down the hairband in two pieces since I really wanted to make each segment colorable, including the horn. There’s also a waist heart case accessory which you can barely see in these previews, but it’s pretty cute.

The top, gloves and socks have an alternate version which won’t let you color certain parts of the armor but can let you color the fur instead. Tweaking the second color slider can also change the length of the fur, which is fun.
The third version of the top includes the bra, in a way that shouldn’t clip easily with the breasts. The bra item will easily clip. Someday I’d like to pick up a better bra mesh similar to this and apply it a re-texture with these patterns instead. As well as try to port the hair.

This contains 14 clothing items, details are in the readme.txt file.

Other details: Both Top's upper and lower portions have custom undress states. Alternate versions that allow you to edit the fur. I am aware the bra item clips easily. 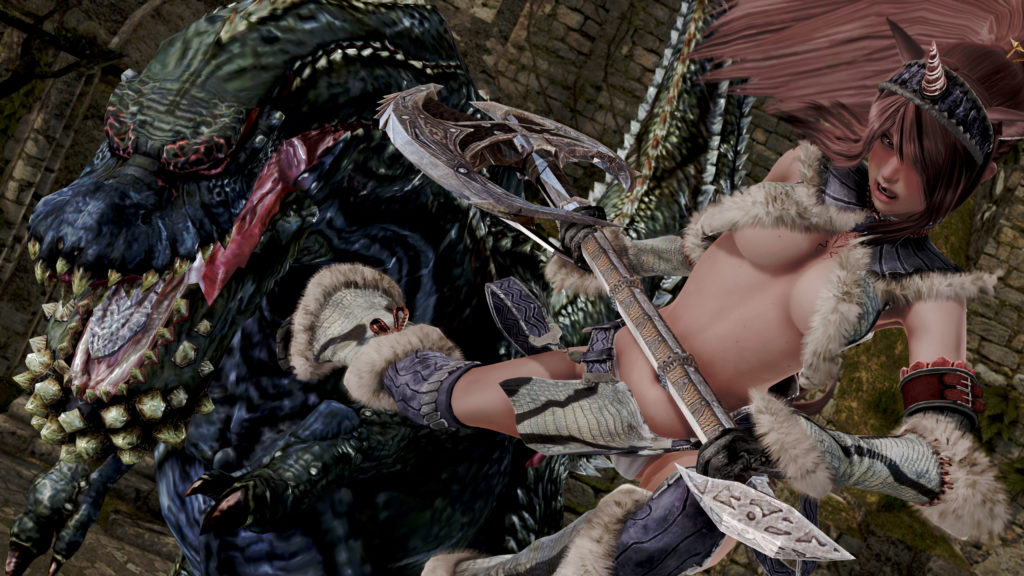