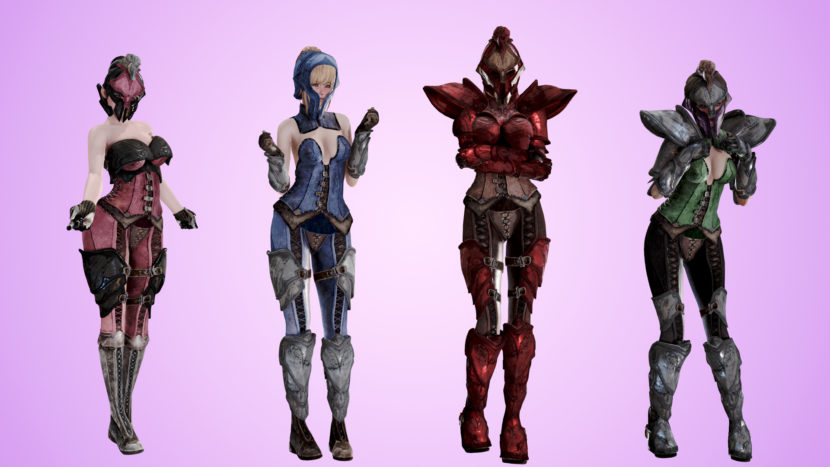 I was soooooo done with this set alreadyyy! This took way too long for what it’s worth (in my opinion). But for anyone that wants a modular-ish set of armor, here you go. Trying to make some segments of the armor as solid as I could while bending limbs was pretty fun, it was just an annoyance running into issue over issue with unrelated things, mostly with optimization. Speaking of which, this might be the heaviest clothing piece I’ve ported, so if you want to have an army of armored gals in the studio give them some of the lighter options that don’t use so many objects.
You’ll notice there are a lot of entries, which, simply put, are just versions that wear different configurations of the armor. Just mix and match to your taste. The helmet has a full version and also each piece separate so you can build up your own.
I’ll probably add more preview pictures later, I just really wanted this up for ya’ll today. Guaranteed protection from nasty goblins.
This contains 27 clothing items, details are in the readme.txt file.