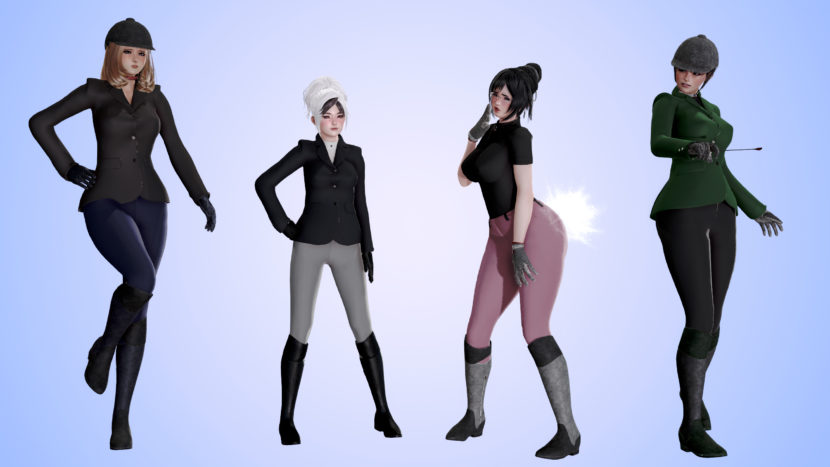 A Clothes05 after a Clothes06, darn time travel.

This was a commissioned outfit by evacyn which I’m finally releasing. And you have him/her to thank for it. The delay on the release was imposed by me so you have me to blame for that~ <3

Ever felt ill equipped when shooting a horse riding scene? Get your saddles on with this Equestrian outfit. Whip included for your need for speed. 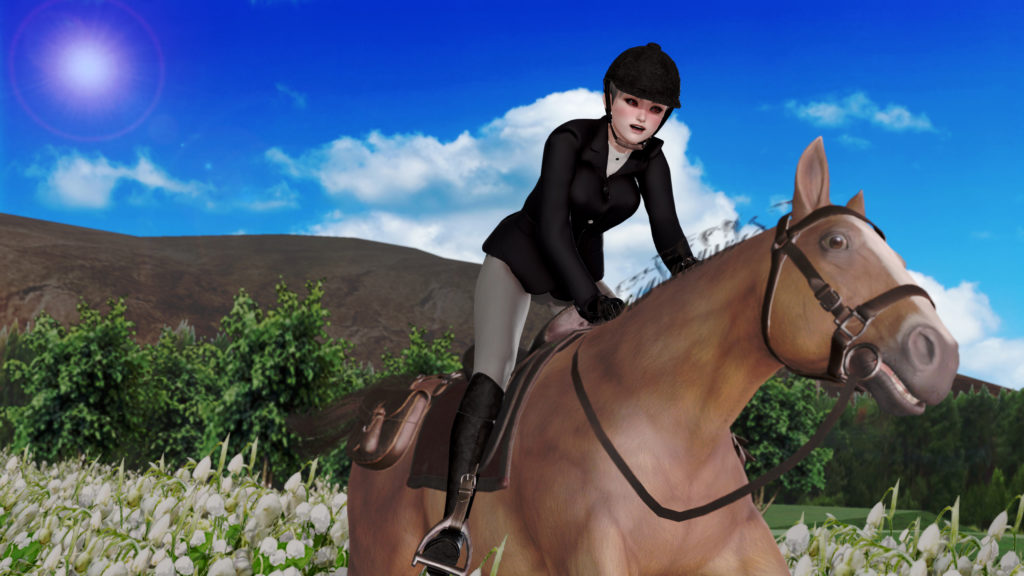 Looking back I would have probably done some things different for this but it’s an alright result overall. I sure like seeing Hydrox (white haired character) dressed in this.

This contains 9 clothing items, details are in the readme.txt file. 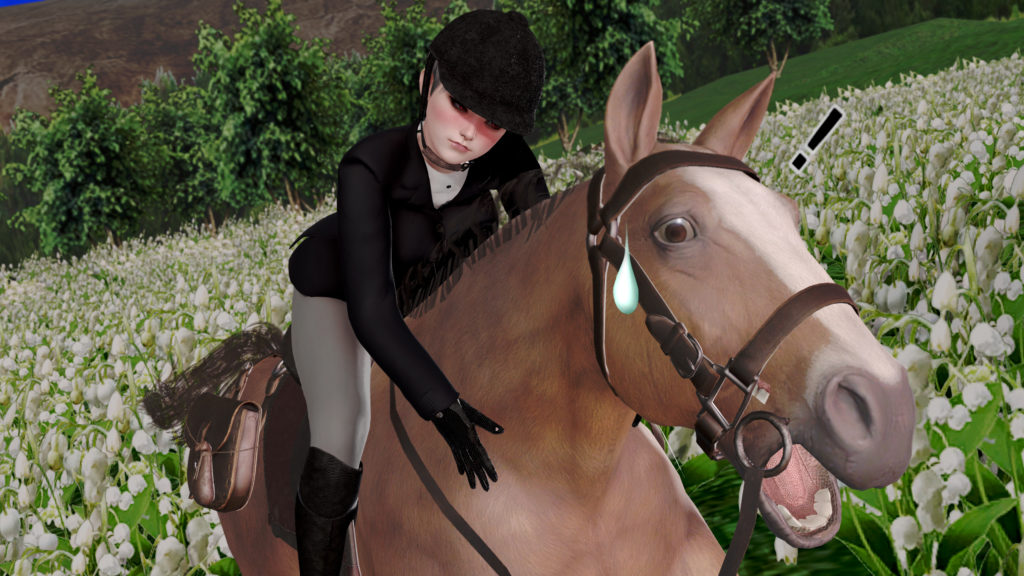 Soon I’ll post something about next month as well as raise the next poll, as well as another poll for the website’s domain name. I think I won’t be including item 5 either and that’s what I’ll be working on while the outfit poll gets votes in.
I still have the armor I’ve been messing with since forever to finish. An in game preview should also get posted soon and hopefully the release is just a couple of days after. Cheers~