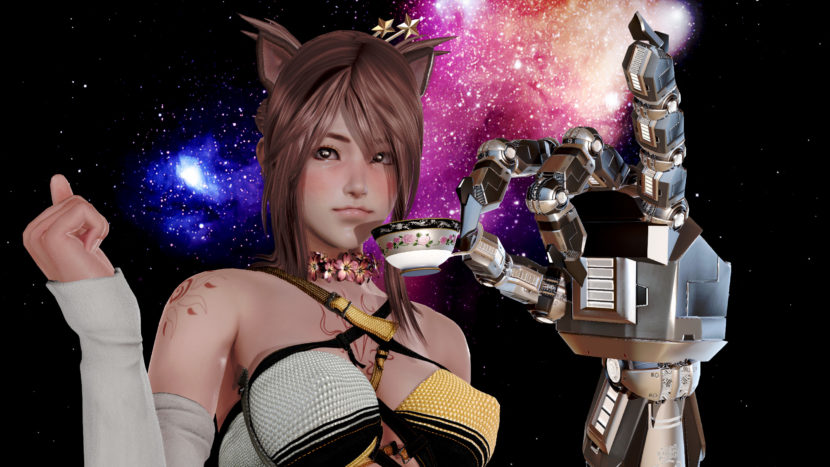 A gift of appreciation to all my patreons during 2018. This is, if that wasn’t blatantly obvious, my avatar character, named Starlene.

Initially I simply used my Yoko character as a sort of flagship/avatar, but since using one that was based on an existing popular character didn’t feel quite right I slowly tweaked Yoko until it felt like a character of it’s own. A slow but steady progress to make sure it was always recognizable as “my face”.

Maybe it’s because I’m so used to look at her, but I find her, by far, to be my favorite character card. And now I hope she’ll be one of your favorites as well! o/

The ponytails in her hairstyle have some transparency issues I still have to fix.

A bit too tired to go through these right now, most of them are my mods, but besides those you will definitely need: